...from The Banana Police (immediately, if not sooner)

But then something began to happen that the townspeople hadn’t planned on. All the extra bananas started piling up. At first, ripe bananas fell out of the trees and bonked people on the head. Then people started slipping on the bananas that had fallen on the sidewalks. Before long, they had to use snorkels just to reach their mailboxes.

The mayor declared a state of banana emergency. “This situation calls for extreme measures,” he said. There was only one thing to do.

“Call out the banana police!” the mayor ordered the under mayor.

“Call out the banana police!” the under mayor ordered the sergeant mayor.

“Call out the banana police!” the sergeant mayor ordered the assistant mayor.

“But sir,” the assistant mayor answered meekly. “We have no banana police. At least, not any that I’ve ever actually seen.”

And when the mayor heard there were no banana police, he ordered his staff to hire some immediately, if not sooner. So they did.

The banana police swept the streets with automatic banana broom trucks. They cleared front yards with battery-powered banana rakes and sucked up all the bananas out of the town swimming pool with a shiny silver banana vacuum. Soon, all the extra bananas were gone.

“Not at all, sir,” the banana police chief said. “Glad to be of service.” 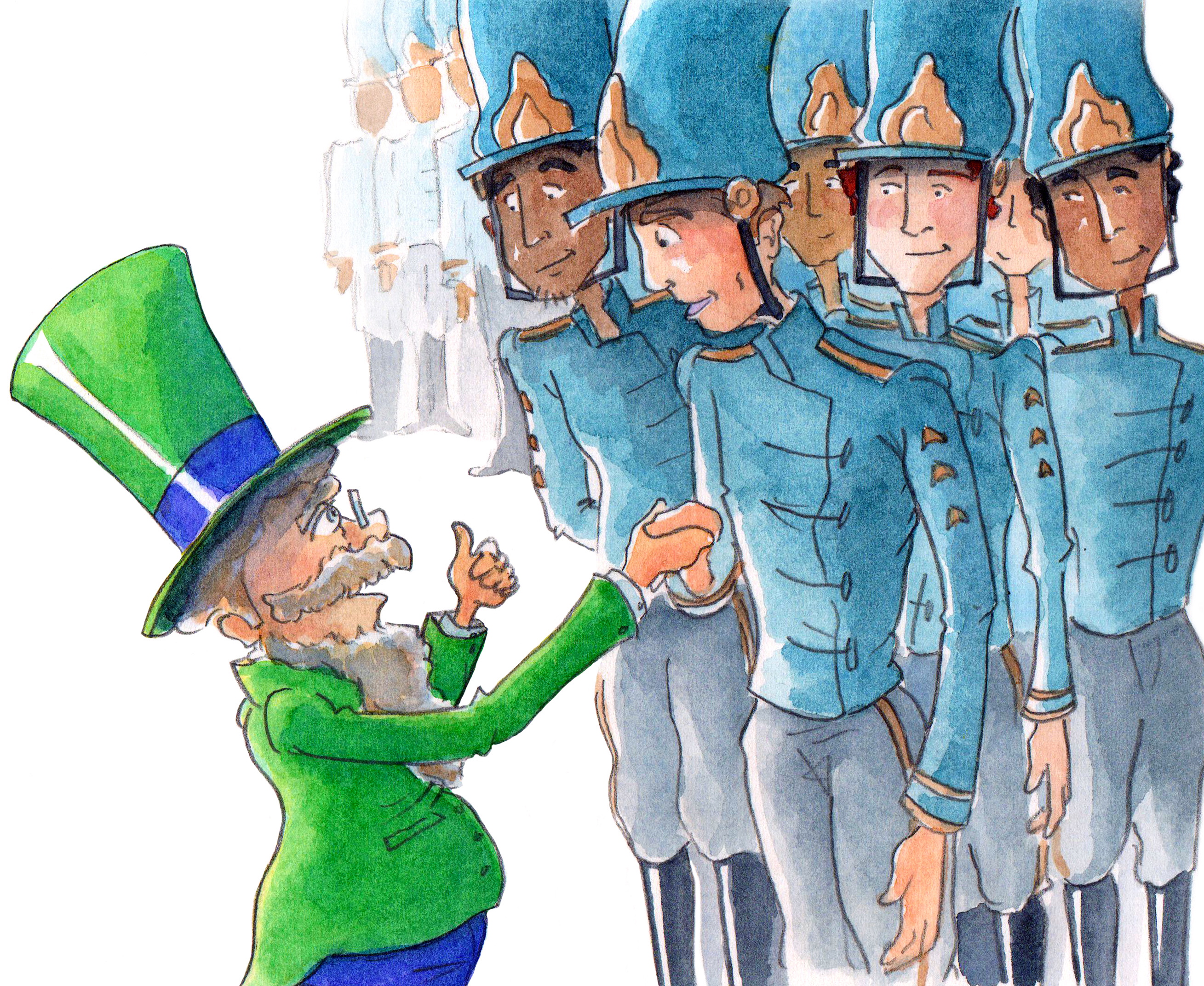